Inspired by the dream of bringing Vietnamese cashews to the world, Thanh Nam Production Import Export Joint Stock Company was established by a group of passionate hearts from Binh Phuoc- Vietnam.

According to a study by the Nutrition Center of Ho Chi Minh City, cashew nuts are a food with high nutritional value, low glycemic index, contributing to the prevention of diabetes, hypertension, cardiovascular disease, and diabetes. cancer, osteoporosis, obesity.

Vietnam Agriculture Newspaper had a meeting with Dr. Do Thi Ngoc Diep, director of the nutrition center in Ho Chi Minh City about the results of this research:

In Vietnam, the rate of people suffering from non-communicable diseases such as diabetes, blood pressure, cardiovascular disease, cancer, osteoporosis, obesity… is increasing rapidly. What is the main reason, doctor?

Currently, the prevalence of diabetes in Vietnam is about 5.7%, equivalent to over 4 million people (in Hanoi and Ho Chi Minh City, the prevalence is 1.5 -2 times higher than the national average). In particular, the rate of increase in diabetes in our country is over 100% (calculated for a 10-year cycle).

The main cause is an unreasonable diet, lack of exercise, drinking a lot of alcohol, smoking and unreasonable lifestyle (stress, staying up late…).

Currently, the Vietnamese diet at the national level is having a good structure, the ratio of energy-producing substances is in the standard structure. But if counted in different population groups and localities, there appears to be a group of people with unhealthy diets, concentrated mainly in urban areas. This is the group with the highest rate of non-communicable diseases because they eat more energy, protein, and fat than they need.

People with diabetes, high blood pressure, heart disease, some cancers are clearly found to be caused by eating too much energy, protein and fats of animal origin (especially animal origin). especially red meat) causes obesity and leads to an increased risk of several subsequent diseases. 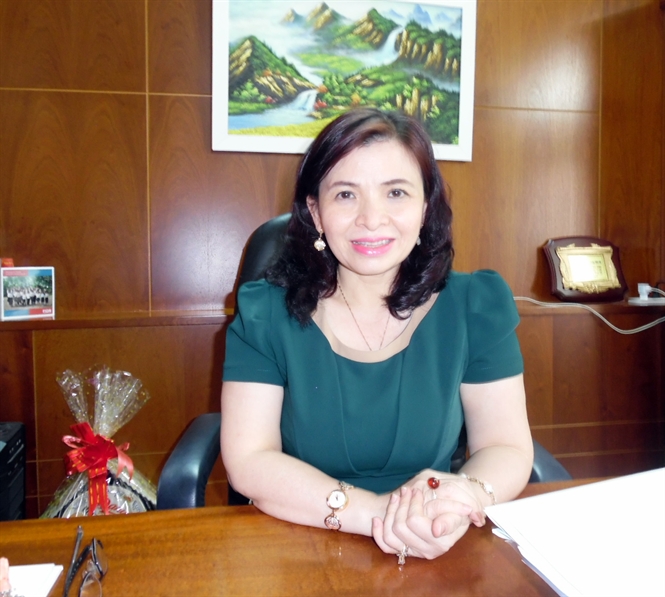 Every day, if we pay attention to a reasonable balance of foods, especially choosing foods with a low glycemic index (glycemic index below 55%) will be very good for health. The first benefit is that there is no rapid rise in blood sugar after eating. From this factor, it will help the body keep stable blood sugar levels, reduce the risk of obesity, reduce the risk of dyslipidemia.

Foods with a low glycemic index fall into the group rich in carbohydrates, in their composition there is a lot of fiber, for example beans, cashews, sugar-free milk, fat-free, fruit …

It is known that the Nutrition Center of Ho Chi Minh City has researched results on the nutritional value of cashew nuts, applied in a healthy diet. What exactly is that benefit, doctor?

Research results show that the glycemic index of cashews is very low (only 9.5%). Cashew kernels are richer in energy than other foods such as cereals, meat, fish… Calculated per 100g, cashew kernels provide 550 – 600 kcal, while cereals only provide 300 – 350 kcal, the meat group provides 150 – 200 kcal.

The protein content in cashew kernels accounts for 18 -20% of the weight, equivalent to the amount of protein in meat and fish. About 80% of the fat in cashew kernels is unsaturated fats (which help reduce cholesterol), mainly Oleic fatty acids, the type of fat that is recommended as an energy source to replace other fats. saturated fat or as an alternative carbohydrate source in the diet of individuals with dyslipidemia, cardiovascular disease, or diabetes with persistent high blood triglycerides.

The glycemic index of cashew kernels is low, so it can be used as part of a healthy diet. Choosing cashews instead of unhealthy foods such as fatty meats, fast foods containing unhealthy saturated fats is one of the nutritional interventions for those who need to control their energy.

I know that in Australia and Nordic countries, cashew nuts have been included in the recommended guidelines on nutrition for the community. The World Cashew Association has also researched and made recommendations, every day a person should eat 30g of nuts (including cashews), after a while will reduce the risk of cardiovascular disease, dyslipidemia.

In addition, in a week, consumers should eat 50% of the total number of meals of plant-based foods (choose soybeans, peanuts, cashews, etc.) instead of foods of animal origin. good for health.

“After the research results were available, we informed and introduced staff working in the nutrition system to recommend that cashew nuts be included in the low glycemic index food data map, advising for used by the patient. The center is also working on building a number of dishes that combine cashew nuts with a low glycemic index to guide the community.

On the macro side, we think that the Government and the Ministry of Agriculture and Rural Development should have a communication program to promote the nutritional value of cashew nuts to encourage people to use it in the future”, BS Do Thi Ngoc Diep .

7 Incredible Cashew Nut Benefits: From Heart Health to Gorgeous Hair
A popular ingredient finding its way into many Indian gravies, cashew - a plant originating from Brazil, is a nut high in minerals
The cashew tree is a tropical evergreen tree that produces the cashew seed and the cashew apple. India is one of the major producers of cashew.
The cashew seed, often simply called a cashew, is widely consumed. It is eaten on its own, used in recipes, or processed into cashew cheese or cashew butter.
Thanh Nam attends exhibitions / fairs
Thanh Nam attends exhibitions / fairs
For 12 consecutive years, Vietnam leads the world in cashew exports
Specifically, the export of cashew kernels reached 294,000 tons and 2.98 billion USD, up 0.4% in quantity and 25.6% in value compared to the first 10 months of 2016. The US, EU, China still maintained as the 3 largest cashew import markets of Vietnam, accounting for 35%, 25% and 15% of the total cashew nut export value, respectively.
New Cashew varieties with high yield and quality
The Cashew Research and Development Center (Cashew Center) under the Southern Institute of Agricultural Science and Technology (IAS) has selected, successfully developed and provided for production 3 new varieties of cashew:
Get in touch
Get in touch with us by sending email or filling the form. We are always here to answer any question.